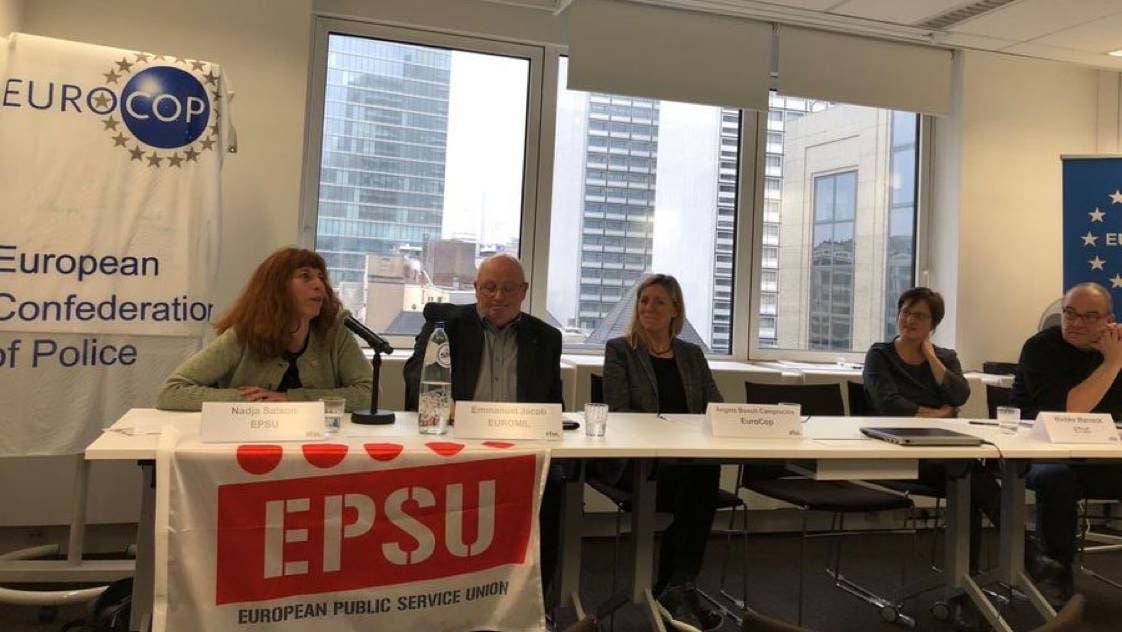 Briefing: In recent years, the EU has frequently made use of the provisions in Article 153 of the TFEU to set minimum standards as well as harmonize working and employment conditions of workers in the EU. Although the European Commission consistently tries to define “workers” as broad as possible to include all workers, the European Parliament and Council tend to be more cautious and often seek to exclude civil servants, police and military personnel and, recently also emergency forces from the scope of the directives.

Security personnel in Europe faces a double challenge when it comes to defending their professional interests: not only are they often confronted with the argument that national security considerations make the application of EU laws impossible for their specific occupation. but in some European countries they are also denied the basic human right to form and join a professional association or trade union through which their socio-professional interests could be safeguarded in a social dialogue.

This event aims at revealing the different problems security personnel in Europe faces with regard to their working conditions and the legal boundaries for organizing in unions. The panelists will discuss recent legislative proposals (such as the Directive on Transparent and Predictable Working Conditions) but also shed light on existing regulations with regards to working time and occupational safety and health. The organisers aim at enabling a discussion on the question how to reconcile the need to uphold vital state functions in emergency situations with the fundamental and human rights of the workers who provide those functions, namely the police, military and public servants.