EuroCOP’s positions on how officers must be protected during foreign assignments have been put in front of the EU Subcommittee on Security and Defence.

Nordic Police Union Secretary Claus Redder Madsen (pictured) represented EuroCOP at the meeting and set out what police officers need before, during and after they have been deployed abroad.

EuroCOP says psychological and mental safeguards must be in place before officers are sent on missions away from their home countries, particularly if that mission is to police war zones or where conflicts have recently finished. 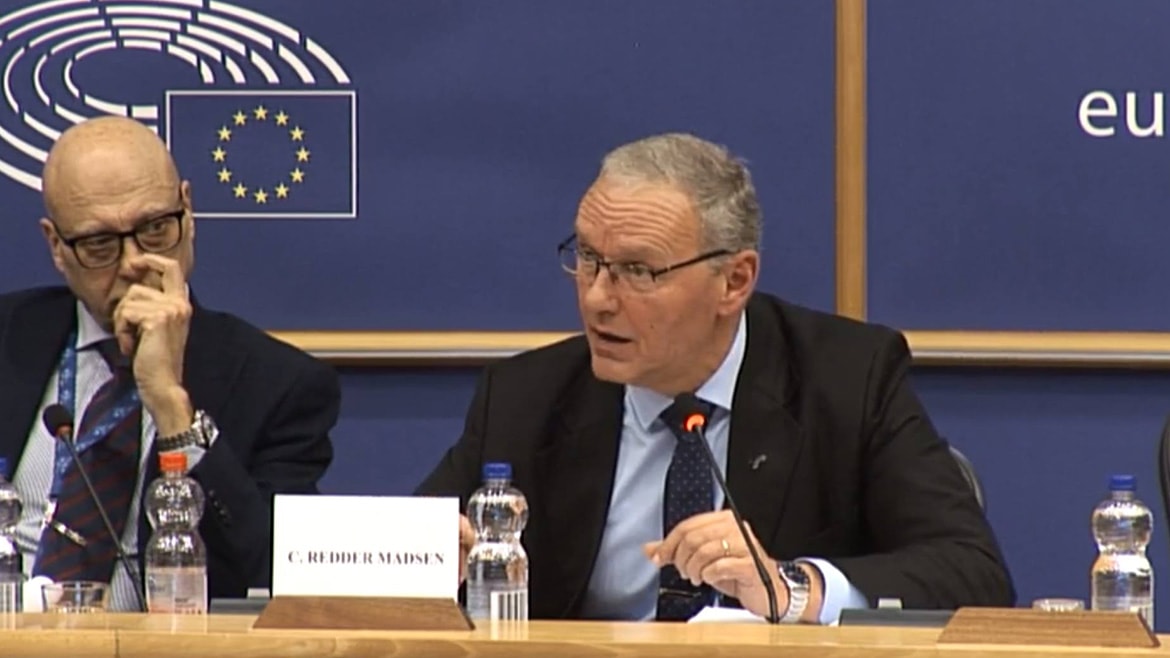 “EuroCOP asks that officers receive acceptable standards of physical and mental support to help with the demands of working in missions,” he said.

“Officers must only be deployed abroad voluntarily, and it must be recognised that doing so is not the same as being deployed in officers’ own countries – they must receive ongoing support, the proper equipment and security technologies.”

He acknowledged that some member states are unable to provide specialist training before deploying officers.

“EuroCOP asks that this specialist training is provided and that officers are not deployed without it or without being aware of their rights and the role and duties in the country they are going to.

“They should be provided with language training, have access to secure communications systems and have an understanding of the cultural considerations of the area they are being deployed in.

“They should also have safe and secure and appropriate accommodation and remuneration and not to have their injury pensions interrupted.”

“Many officers came back with PTSD, and it is now mandatory for them to have before, during and after access to psychologist support,” he said.

“That’s why EuroCOP is demanding binding standards across member states. There must be a distinct framework with obligatory standards as a basis for involving the European Union or its member states in international police missions … which recognise the physical and mentally demanding nature of these roles.

“Ultimately, we believe that officers must have mandatory talks with psychologists before, during and after a mission.”